Leeds United will return to the Premier League after a 16-year absence as champions of the Sky Bet Championship.

Leeds have enjoyed an impressive campaign after bouncing back from last season’s play-off heartache to clinch promotion, returning to the top flight for the first time since 2004. In that time there have been several near misses, while they also spent three years in League One between 2007 and 2010.

It has been a long and often tortuous road back for Leeds but after ending 16 years of anguish with the Championship title, few could begrudge them their place back at the top table of English football.

The Whites will now start the 2020-21 season as a Premier League outfit and, with just two games to go this year, set their sights on capturing the EFL Championship title.

“I am so happy for everyone in the Leeds United family, we all deserve this promotion.

“Leeds United is one of England’s greatest and most well-supported clubs with a rich history known all over the world.

“We have been out of the top-flight for 16 years and I am thrilled for the whole club and our incredible fans that we are back in the Premier League.

“I would like to congratulate our fantastic manager, Marcelo Bielsa, the entire coaching and backroom staff, and of course all of the players who have performed outstandingly throughout the season.

“Thank you to all our wonderful fans – I am so grateful for their loyal and unwavering support every season. They played a crucial role to drive us forward to promotion this year.

“Since my journey with Leeds United began in the summer of 2017, we have strived for this moment and it is a time for us all to celebrate the club returning to where we belong.

“This is truly an amazing achievement and I’m so proud to be part of this club’s success.

“But our ambition does not stop here – and we are determined to continue on this path of achievement in future seasons.

“It is important that we all treasure this moment as a family in what has been a tough year for many of us, with the impact of COVID-19 affecting our community. I ask our supporters to be sensible when celebrating this week.

“Our battle against the pandemic continues, so we must all act with care and safety – the health and well-being of our loved ones in our community must always be our top priority.

“Thank you to all club staff and their families, local authority officials and of course healthcare teams and essential key workers who made it possible for the season to conclude and gave us the chance to achieve this promotion.

“A final word about Norman Hunter and Jack Charlton, two club legends we lost recently and who would have certainly celebrated this achievement with us. They are part of a great legacy that we will work hard to honour, as we continue to take strides forward in a new cycle for this fantastic club.” 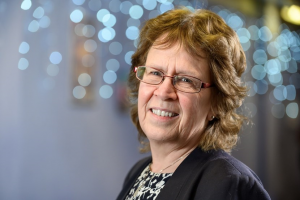 “I would like to pass on my huge congratulations to Marcelo and the team in returning Leeds United back to their rightful place in the Premier League!

“This is a truly outstanding achievement and also at the same time an extremely poignant one in a season where the club celebrated its centenary birthday and also very sadly lost three club legends in Norman Hunter, Trevor Cherry and Jack Charlton.

“Under the expert and meticulous eye of Marcelo, Leeds have proved without doubt that they are a truly outstanding team and more than worthy of promotion this season. Whilst the statistics speak for themselves in terms of the team’s performances, it is also the fantastic style of football they have played which has really caught the eye and rightfully received so many wonderful plaudits.

“As everyone knows, the club has experienced some very turbulent times both on and off the pitch since leaving the Premier League in 2004. Owner Andrea, chief executive Angus and all the team therefore deserve immense credit for the work that they done since taking ownership of Leeds United which has been superb. The results are of course there to see on the pitch, but what they have also done off it is put the club back where it should always be – right at the heart of our city and communities. From our perspective as a council, we look forward to this positive relationship continuing to grow with the club in the future.

“Last but very much not least, a special mention to Leeds United’s amazing and loyal fans, who deserve this moment more than anyone. Their support has and continues to be absolutely tremendous, and as a fan myself, I cannot wait to join them and see Leeds back in the top-flight and taking on the best there is.” 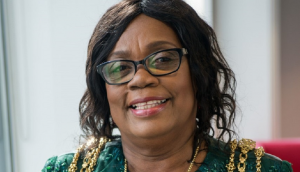 “On behalf of the city, I would like to offer Leeds United my warmest congratulations on promotion to the Premier League.

“Leeds United is woven into the very fabric of our great city, and is a name that I know through my time as Lord Mayor resonates not just across the United Kingdom, but right around the world. It is wonderful therefore that we are able to say once again that Leeds is the home to a Premier League club and I wish them continued success.”

The Premier League is the top tier of England’s football pyramid, with 20 teams battling it out for the honour of being crowned English champions.

Home to some of the most famous clubs, players, managers and stadiums in world football, the Premier League is the most-watched league on the planet with one billion homes watching the action in 188 countries. The league takes place between August and May and involves the teams playing each other home and away across the season, a total of 380 matches.

Three points are awarded for a win, one point for a draw and none for a defeat, with the team with the most points at the end of the season winning the Premier League title. The teams that finish in the bottom three of the league table at the end of the campaign are relegated to the Championship, the second tier of English football.

Those teams are replaced by three clubs promoted from the Championship; the sides that finish in first and second place and the third via the end-of-season play-offs.

Leeds United have won the 2019/20 Sky Bet Championship. Our sincere Congratulations to Marcelo Bielsa, Andrea Radrizzani and Leeds United team on their promotion to the Premier League. Leeds United are Champions!

New website launched to help Leeds residents back into work, training and education