Dance music legends Robin S, Utah Saints and Alison Limerick have been confirmed as the headline special guests for the return of The Symphonic Sounds of Back to Basics featuring the Orchestra of Opera North on Millennium Square, Leeds on Friday 27 July.

This year’s collaboration between Dave Beer’s trailblazing Leeds club and Yorkshire’s resident symphony orchestra is set to turn the clocks back to the heady days of the early 90s, when electrifying new waves of US dance music hit the UK and home-grown musicians and producers responded with incredible, hard-hitting sounds of their own. 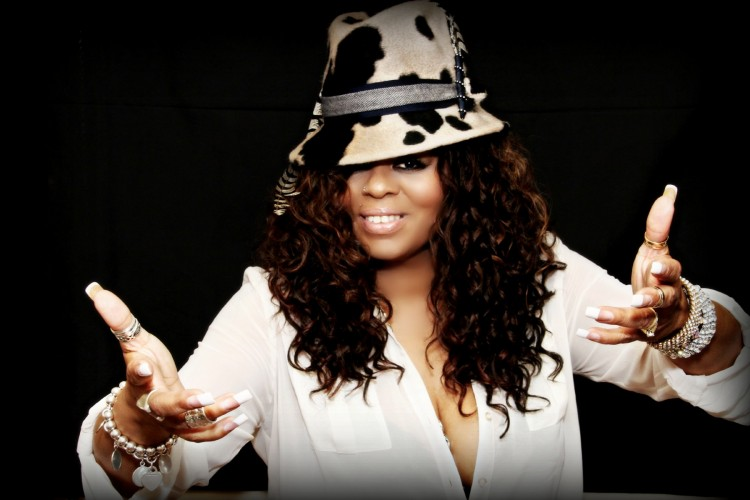 Born and raised in Queens, New York, Robin S is best known for her worldwide chart-topping smash and dance music classic Show Me Love. This year marks the 25th anniversary of Swedish producer StoneBridge’s 1993 remix, which took it to number one in the US dance chart, number 5 on the Billboard Hot 100, and number 6 in the UK.

Robin was named Best Dance Artist at the 1993 Billboard Awards with Show Me Love voted the Best Dance Single, leading to further chart success and collaborations with a variety of producers including Junior Vasquez, Nick Martinelli and David Morales.

One of the biggest house-pop crossovers of the early-90s and a matchless ‘diva house’ record, Show Me Love will reach new heights on Millennium Square with a full symphonic makeover and the first time it has been performed live in the UK with its original singer centre stage as part of a modern club / classical crossover event.

Robin S said: “I am really looking forward to returning to the UK for this very special performance in Leeds. It is amazing that Show Me Love is still going strong after 25 years and I am so excited to be able to perform this live for the audience alongside Opera North’s 50-piece symphony orchestra – it is going to be a very special moment!”

Homegrown DJ and sampling pioneers Utah Saints had their first hit in 1991 with What Can You Do For Me, chopping Eurythmics and Gwen Guthrie to pieces and reassembling them into something breathtakingly new. More success followed with Something Good, which sampled Kate Bush’s Cloudbusting, and Believe in Me, another top ten hit that spliced The Human League, Sylvester and Crown Heights Affair with a large helping of the Saints’ hyperactive genius. The duo, Tim Utah and Jez Willis, started out as promoters on the same Yorkshire club scene as Dave Beer, and the Back to Basics main man once even served as their tour manager.

With a total of 9 Top 40 UK hits to their name and sales of over 2 million records worldwide, Tim and Jez are currently working on new material in their studio, producing and remixing for other artists, hosting club nights and curating festivals. The KLF’s Bill Drummond called them “the first true stadium house band”, and their huge sound is about to get even bigger for this summer’s reunion with the Basics crew, with the addition of Opera North’s 50-piece symphony orchestra.

Utah Saints’ Jez Willis said: “We have always been immensely proud of our home city, Leeds, and to be performing in as part of Symphonic Sounds in Millennium Square is a real honour.

“This will be a one-off for us, we will be performing a couple of our hits in a completely new way, and we aim to make it very special. When we started, Dave Beer was a big part of our early live set-up, so to be reunited at this gig is a big deal! We cannot wait! Leeds!”

Alison Limerick’s 1990 debut single Where Love Lives defines the house anthem right from its iconic opening piano chords, with stunning production courtesy of the legendary David Morales and the late, great Frankie Knuckles pushing Limerick’s unforgettable, bittersweet vocal performance to another level. It topped a Mixmag chart of the Greatest Dance Singles Of All Time and continues to influence the sound of club music today.

“When I see people reacting to it, that’s always genuinely amazing”, says Alison, “more so now, when those people are not just of the older club generations but the new ones too, the twentysomethings. Live, there are always new ways to sing a classic song like that, and keep it fresh and enjoy the atmosphere I’m creating.”

Also joining the bill, Shades of Rhythm (Rayan Gee, Nick Slater and Lanx) bring the sound of rave to Millennium Square, with their essential early-90s hit Sweet Sensation and Sound of Eden getting an orchestral overhaul. Returning from the first ever Symphonic Sounds of Back to Basics, lead singer/songwriter for N-Joi and multimillion-selling band Republica, Saffron will once again take centre stage with a unique mash-up of her hit singles Anthem and Ready to Go with an added twist for this year’s show.

Chicago house royalty Robert Owens is also back for 2018, another stellar David Morales/Frankie Knuckles associate (Tears; I’ll be Your Friend) and a direct link to the early days of the sound through his work with Larry Heard in Fingers Inc. British gospel and house singer, Rachel McFarlane will be performing Let The Music Lift You Up which she recorded with Loveland, reaching number 16 in the UK and her self-penned LOVER, which was mashed up with Paul Van Dyk’s, ‘For an Angel’, that remains a club classic.

Best known for her work with Nightmares on Wax, jazz and broken beat vocalist Sara Garvey is another long-time Back to Basics associate, and returns for the second Symphonic Sounds with a special arrangement of Moloko’s The Time Is Now.

Also back from last year, a talented trio of vocalists, Adetoun Rattenbury, Sabrina Ramikie and The Voice’s Jaz Ellington, will perform an array of club and electronica anthems including Faithless’s Insomnia, which was the most requested track for inclusion in the concert in a public vote on social media.

Once again the event will be presented by Back to Basics head honcho Dave Beer, with live warm-up DJ sets from Basics residents Ralph Lawson, Tristan Da Cunha and James Holroyd. Returning to rework the tracks for orchestra, renowned songwriter and producer Steve Anderson has been the musical director for Kylie Minogue for over 20 years, and Cliff Masterson has worked as conductor and arranger for artists including Emeli Sandé.

Dave Beer, founder of Back to Basics, said: “After being totally blown away by last year’s event, which still seems like a surreal dream and probably the highlight of my life so far, we can’t wait to come back with another knock-out live show that the city can be proud of. It was a humbling experience to get such a great response from the citizens of Leeds and further afield, smack bang in the centre of Leeds under the watchful eyes of Millennium Square’s golden owls.

“I am really honoured once again to be working alongside Leeds City Council and the brilliant Orchestra of Opera North and I am so excited to collaborate closely once again with my good friends Jez and Tim from Utah Saints. It’s also going be amazing to be performing a rendition of my own track that I wrote for Robert Owens, dedicated to beloved friends both past and present.”

“The first meeting of Opera North and Back to Basics last year brought together two very different Leeds institutions in the heart of the city. It was an unforgettable night for everyone involved, and a huge buzz for our Orchestra to perform for a whole new audience. With more original artists joining us to perform expanded arrangements of their classic songs, we’re preparing to build on that success as Symphonic Sounds returns bigger and better this summer.”

🙌SPECIAL GUESTS REVEALED for The Symphonic Sounds of @backtobasics91 on 27 July 2018!

Tickets for The Symphonic Sounds of Back to Basics are priced at £32.50 and are on sale now through the City Centre Box Office (0113 3760318), Opera North and at www.millsqleeds.com

The Symphonic Sounds of Back to Basics event is organised in partnership between Leeds City Council and Opera North and is the first in a trio of summer collaborations over the course of the same weekend as part of the Opera North in the City Festival and the annual Summer Series event programme on Millennium Square.

Object of the week- Puzzle jug

CAPTAIN TOM MOORE IS FIRST CENTENARIAN IN HISTORY WITH NO.1 HIT SINGLE

Statement regarding cancellation of Leeds Black Music Festival due to coronavirus

Live screening of The Charlatans at Leeds Kirkgate Market

Spectacular return to Millennium Square for Opera North next summer

HS2 East: Government urged to help regions rebound by clearing the route for HS2 to build…

CAPTAIN TOM MOORE IS FIRST CENTENARIAN IN HISTORY WITH NO.1…