Mark Arthur, The Yorkshire County Cricket Club Chief Executive said: “The Club is delighted to be hosting four prestigious fixtures in next year’s ICC World Cup. Headingley will be transformed ahead of the tournament as we look forward to welcoming England, Pakistan, India, West Indies, Sri Lanka and Afghanistan.

“Headingley has had a history of staging thrilling matches featuring these nations and look forward to welcoming qualifiers Afghanistan. We can guarantee that the Yorkshire public will be extremely enthusiastic about today’s announcement and get behind the teams in next year’s tournament.”

Councillor Judith Blake, leader and executive member for economy and culture at Leeds City Council added: “We are delighted to be a part of the world’s greatest cricket celebration with four fantastic fixtures here at Headingley. The whole city is excited to be part of the Cricket World Cup and to welcome a global audience to Leeds.”

THE FOLLOWING PRICING STRUCTURE HAS BEEN SET BY THE ICC FOR THESE FIXTURES: 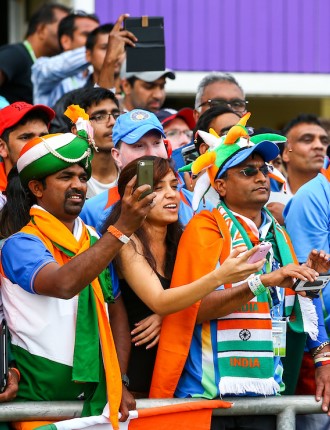 The ICC Cricket World Cup 2019 will be staged in England and Wales from 30 May to 14 July. England will open the tournament at The Oval on 30 May when they will take on South Africa.

Old Trafford in Manchester and Edgbaston in Birmingham will stage the two semi-finals on 9 and 11 July, while Lord’s will play host to a World Cup final for the fifth time, on 14 July. All these three matches will have reserve days.

ICC Chief Executive David Richardson said: “It’s always an exciting moment ahead of any major event to announce the schedule and for the ICC Cricket World Cup, it’s that extra special. Next summer fans around the world will be treated to compelling and competitive cricket as the best teams in the world go head to head in this round robin format for the right to be crowned World Champions.

“This schedule also gives fans across England and Wales the opportunity to watch world class cricket on their doorstep with all teams moving around the country. We know from previous ICC events that every country will be proudly supported at each of the venues creating an exceptional atmosphere and a real celebration of the game.”

“There is some fantastic head to head fixtures – England v Australia at Lord’s and India v Pakistan at Old Trafford as well as England v India at Edgbaston spring to mind. As organisers we can promise the teams and fans we will work hard to provide the perfect stage for this event.

“Because of the UK’s diverse population, every competing team will also be guaranteed a ‘home crowd’ every time they play at some of the most iconic cricket grounds in the world.

“The Cricket World Cup is the third most-watched global event and has huge interest and appeal amongst cricket fans. Our ambition is to grow the game and deliver the greatest ever cricket celebration and with that in mind, we have very carefully developed our ticket prices.

The prices have been tested with thousands of fans over the last six months, we have used external experts and consulted widely to ensure that they are good value vs other global sporting events. The prices balance accessibility with delivering the investment required to deliver a world-class event. All revenue is invested back in the game to grow cricket.”

Mark Cavendish back in action at Tour de Yorkshire!

Together we can make a difference: Sponsor the Sparkle this Christmas and spread festive…

Leeds to host six teams including England women as RLWC2021…