Both routes will be the toughest in the history of the race and feature more climbing than ever before, including the Côtes de Buttertubs and Grinton Moor – both making their first appearances since the 2014 Tour de France and the return of the infamous Shibden Wall.

The sixth edition of the men’s race will take place between 30 April – 3 May and form part of the inaugural UCI ProSeries. Its new 2.Pro classification remains the highest-possible status for a multi-day race outside of the UCI WorldTour. It encompasses all four corners of the county and takes in 160 villages, towns and cities along the way.

The Asda Tour de Yorkshire Women’s Race meanwhile, runs between 1-2 May and will once again be one of the most lucrative races in the sport.

The men’s race gets going in Beverley and proceeds to Hornsea before following the coastline in a northerly direction. The first intermediate sprint will be contested in Flamborough, and Filey and Robin Hood’s Bay both make welcome returns before the first mountains classification points are up for grabs on the Côte de Hooks House Farm. With those in the bag, a second intermediate sprint will take place at Whitby Abbey, and once the riders have passed through Sandsend they’ll be faced with the second climb of the day – the Côte de Lythe Bank. Any riders that fall off the pace on there will have to work hard to get themselves back into contention before the action reaches a gripping conclusion in Redcar – the most northerly location the Tour has ever visited.

The world’s top female riders join the action in Skipton and start in the morning with the men following in the afternoon. Both routes are identical and feature two intermediate sprints in the opening 35km. The first comes in Settle with the other following in Horton in Ribblesdale. The route then heads past the Three Peaks and Ribblehead Viaduct, and once the riders have exited Hawes, the Côte de Buttertubs will be immediately upon them. This rises to the highest point of the race and is one of two climbs that have not been visited since the 2014 Tour de France. The other is the Côte de Grinton Moor, and that fearsome double-header could see a few stragglers distanced before a fiercely contested finale in Leyburn.

The Heritage Stage – Barnsley to Huddersfield

The riders will loop around Barnsley Town Hall before heading out of town and the pace is likely to ramp up for the first intermediate sprint in Oxspring. Penistone and Holmfirth then both feature before the first categorised climb comes on the Côte de Netherthong. The Côte de Scapegoat Hill is next up, and once that’s been crested the route continues towards Hebden Bridge. Here the two routes split. The women will immediately tackle the Côte de Hebden Bridge while the men commence an 18.6km loop which takes them into Todmorden and up a brutal climb bearing the town’s name. They’ll then drop back into Hebden Bridge and re-join the women’s route before following it all the way to the finish. The Côte de Leeming’s presence will prove taxing, but it’s the Côte de Shibden Wall where the fireworks are most likely to be seen.

This cobbled behemoth strikes fear into all those who attempt it, and the fact it comes just 18km from the finish means it could prove a springboard for late attacks. Any sprinters still in contention will fancy their chances in the second intermediate sprint at Bank Top, but there’s only likely to be a select bunch of stars who’ll still be in contention when the race reaches Huddersfield. It is here that the winner of the Asda Tour de Yorkshire Women’s Race will be crowned before the male riders battle it out for stage success.

The Yorkshire Classic – Halifax to Leeds

Halifax’s Piece Hall is a spectacular location for the start of this decisive stage for the men before they head into Brontë Country. Haworth’s quaint cobbled Main Street will feature prior to the opening intermediate sprint in Oakworth. The first of seven categorised climbs is then looming large, and the Côte de Goose Eye could catch a few riders unaware coming so early in the stage. The action then returns to Skipton before the next climb comes on the Côte de Barden Moor. Once that has been scaled it’s on to Burnsall where the riders hit the Côte de Skyreholme. In Greenhow the route commences a 64km loop which includes the Côte de Lofthouse.

Any stragglers that slip back on there will seek to regain parity on the subsequent descent into Masham, and then it’s back to Pateley Bridge before the riders head back up the Côte de Greenhow Hill. A second intermediate sprint will be contested in Ilkley before the race hits the infamous Côte de Cow and Calf. The final climb will then be fought out on Otley Chevin and the race then sweeps into the outskirts of Leeds via Kirkstall Abbey. All the while the pace will be rising and the action promises to reach a rip-roaring conclusion once again along The Headrow.

Full stage maps can be downloaded at www.yorkshire.app.box.com and photographs from the press conference (please credit to SWPix.com) will also be made available for download there in due course.

“I’m absolutely delighted that Leeds has been chosen to host the big finale of this year’s Tour de Yorkshire. Each year this exciting sporting event gets bigger and better and helps to put our region firmly on the map, both nationally and internationally.

“I’m sure people in communities across Leeds will once again create another brilliant and unforgettable atmosphere when the tour arrives next year and I hope it inspires more people in Leeds to take up cycling themselves.”

“It’s exciting for me to be involved with the Tour de Yorkshire for the very first time and this year’s routes look fantastic. Many of our county’s iconic climbs are included, and we’re particularly pleased to see Buttertubs and Grinton Moor making appearances after they were unfortunately cut from the World Championships route on account of the weather last September.

“Seeing the men and women tackle Shibden Wall will also be special, and we’re delighted to be bringing the race to so many new places as well. We’re lucky to have such a diversity of landscapes here in Yorkshire and these races will have something for every type of rider. I’m really looking forward to it and I’m sure we’re in for some really exciting action.”

“Once again, the team at Welcome to Yorkshire have done a tremendous job in designing such a beautiful, challenging and varied route and I am looking forward to seeing how both races play out.

“They are both harder than ever before, and when you factor in the millions of fans that will be lining the route, we know that the 2020 edition will be one to remember.” 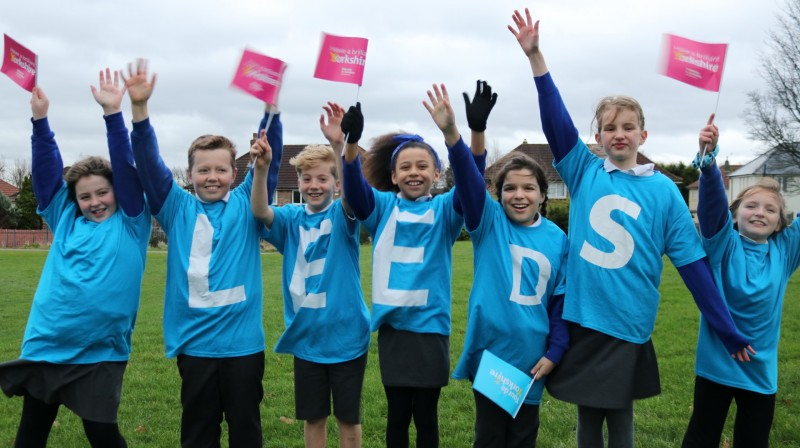 In the presentation Claire Baxter was announced as the Official Tour de Yorkshire Artist for 2020. Baxter, who lives in Harrogate and manages her own gallery in Pateley Bridge, works predominantly in oil and produces figurative works in her own distinctive style. She will now begin creating a series of specially commissioned Tour de Yorkshire pieces which will be available in the lead up to the race.

James Mason said: “Claire is one of our county’s best artistic talents and we’re delighted to be working with her on this year’s Tour de Yorkshire. Her works really stand out from the crowd and we’re all looking forward to seeing her bright and colourful cycling-themed creations.”

Claire Baxter said: “To be the Official Artist for the 2020 Tour de Yorkshire is a massive privilege and honour, and I am very excited for the year ahead. Being able to bring everything together and combine my love for Yorkshire with my art in the county’s most prestigious sporting event is simply a dream come true.”

Claire Baxter’s official website can be found at www.clairebaxterfineart.co.uk

And last but by no means least, it was revealed that the Tour de Yorkshire Ride sportive will be back for a sixth successive year in 2020.

Leeds was unveiled as the start and finish location for the event which will be held on Sunday 3 May. 5,000 amateur cyclists will have the chance to ride some of the county’s most iconic roads just hours before the Tour de Yorkshire reaches its conclusion.

James Mason said: “One of the main aims of the Tour de Yorkshire is to inspire people to get on their bikes and the Tour de Yorkshire Ride does just that. It’s now regarded as one of the top sportives in the country and being able to ride on the same roads as the pros is an incredible experience. The three routes on offer in 2020 take in some stunning scenery and will challenge the riders, whatever their ability.”

Nick Rusling, CEO of the sportive organisers Human Race said: “It’s been six amazing years now where we have been able to offer amateurs the unique chance to ride on the same roads and cross the same finish line as the pros on the last day of the Tour.

“On the Tour de Yorkshire Ride in 2020 we will have seen over 25,000 riders being part of this special occasion over the six years. The Leeds city centre finish is something to cherish forever with huge crowds out cheering you on like you are a real pro. It is truly a unique experience.”

Entries for the 2020 Tour de Yorkshire Ride are now open and full details can be found at www.letour.yorkshire.com

A statement from Leader of Leeds City Council, Councillor Judith Blake on the news…

Leeds to host six teams including England women as RLWC2021…