Councillor Judith Blake CBE, the Leader of Leeds City Council, has been chosen to be a Labour Party Peer in the upper chamber.

A politician from Otley will take up a place in the House of Lords next year. Councillor Judith Blake was named among the new peers announced by the Government. Councillor Blake has served as Leader of Leeds City Council since 2015 and before that was Deputy Leader since 2010, as well as being a ward councillor in Leeds for 24 years. 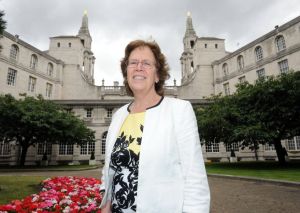 “I am honoured to be selected to join the House of Lords at this hugely important time.  It has been a great privilege to serve as Leader of my home city of Leeds for the last five and a half years.

“Joining the House of Lords will allow me to continue to represent the interests of our city in Westminster.  It has never been more important to have regional voices with experience of local government represented at a national level.”

Councillor Blake will start discussions in the New Year to ensure a smooth transition for when she steps down as Leader of Leeds City Council, once it is clear when her new role will commence.

Judith Blake is the leader of Leeds City Council in West Yorkshire and the Leeds Labour Group. She has held these positions since May 2015. She is the first woman to serve as leader of Leeds Council.

Judith began her career in education and social policy. She served as an Otley town councillor, and has been an elected member since 1996. Blake served as the Leeds Council’s Deputy Leader for 5 years, during which time she changed the city’s Children’s Services’ Ofsted rating from “inadequate” to “good overall”. She has been involved in a number of national legal campaigns, worked with education authorities in Yorkshire to raise school standards in the area, and worked on crises and issues with student grades and school placements throughout her career.

Judith Blake was elected to lead Leeds City Council in May of 2015. She currently chairs the Council’s Executive Board, and has served on the boards for NHS Leeds and the West Yorkshire Police Authority as well. Blake was born in Leeds and attended school in Headingley, before leaving Leeds to go to university. Her career took her to London and abroad, and she returned to live in Otley in 1992. She has four children.

We would like to Congratulate Councillor Judith Blake CBE on this honour, thank her for her service to the city and wish her every success and good fortune in the future.

Competition launched for the redevelopment of Leeds City Square

Leeds chosen as home of new national infrastructure bank in…