Greetings of the Season and best wishes for the New Year

Christmas is the gentlest, loveliest festival of the revolving year — and yet, for all that, when it speaks, its voice has strong authority.

The history of Christmas dates back to thousand years. The first recorded date of Christmas being celebrated on December 25th was in 336AD in the time of the Roman Emperor Constantine (he was the first Christian Roman Emperor). A few years later Pope Julius I officially declared that the birth of Jesus would be celebrated on the 25th December.

This date was probably chosen because the Winter Solstice and the ancient pagan Roman midwinter festivals called ‘Saturnalia’ and ‘Dies Natalis Solis Invicti’ took place in December. St. Augustine was the person who really started Christmas in the UK by introducing Christianity in the 6th century. 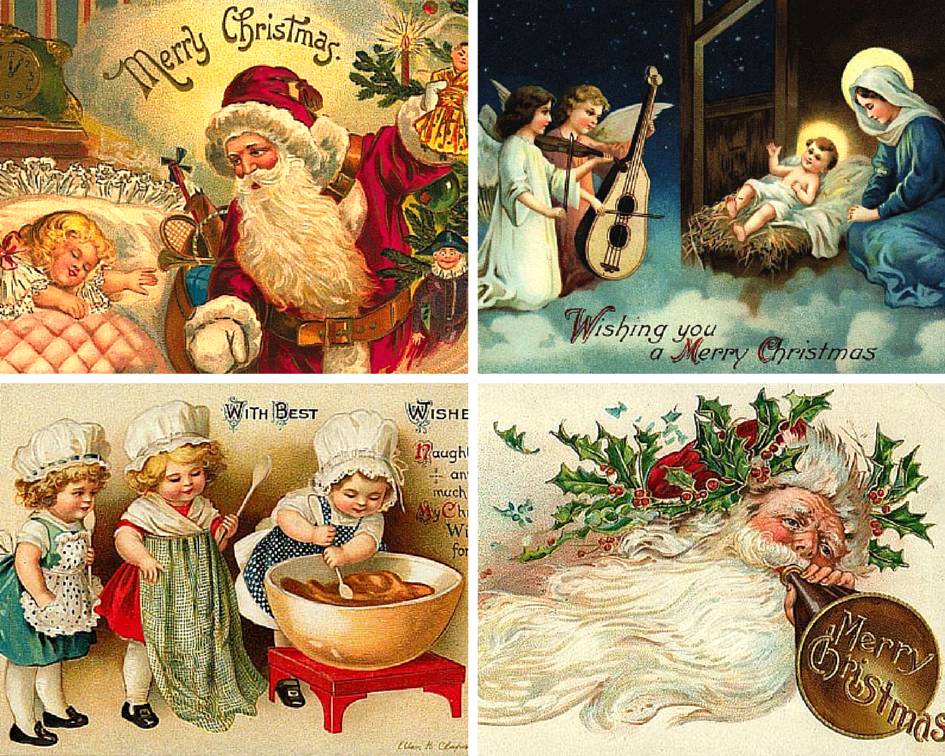 Christmas – is a holiday for the whole family, but most of all children love it and wait for Christmas. They hang out near the fireplace stockings for gifts.

The Christmas Tree was brought to England by Queen Victoria’s husband, Prince Albert from his native Germany. The famous Illustrated News etching in 1848, featuring the Royal Family of Victoria, Albert and their children gathered around a Christmas tree in Windsor Castle, popularized the tree throughout Victorian England. Brought to America by the Pennsylvania Germans, the Christmas tree became by the late 19th century.

Holly, Ivy and other greenery such as Mistletoe were originally used in pre-Christian times to help celebrate the Winter Solstice Festival and ward off evil spirits and celebrate new growth.

Christmas carols are special songs which are sung during а Christmas season. The songs are about Jesus and the time when he was born.

One of the main traditions of these weeks are wreaths with candles which have special meaning. Such wreaths are done on the first Sunday of this period, and usually they consist of 5 candles: four red and one white.

The typical dinner consists of turkey with potatoes and other vegetables such as carrots and sprouts. In Britain this is followed by Christmas pudding – a sweet pudding containing a lot of dried fruit and often covered with burning brandy. Other traditional dish in Britain is a Christmas cake – a cake containing a lot of dried fruit and usually having a covering of icing made to be eaten at Christmas.

One Christmas ritual not drawn from an ancient tradition is the British monarch’s broadcast on Christmas day. The tradition began in 1932 when King George V read a special speech written by Rudyard Kipling. The broadcast was an enormous success. It began, “I speak now from my home and from my heart, to you all…”.

Queen Elizabeth II continues the tradition to this day. Every year she broadcasts her message on Christmas Day, and it is heard by millions of people all over the world. In England most people watch or listen to it whilst digesting their Christmas Dinner.

Dinosaurs set to be released in parks across Leeds

Leeds invites visitors to explore the city for longer this…