Leeds City Council is currently carrying out emergency work to the A647 Stanningley Bypass to repair part of the road surface which has risen due to the extremely high temperatures currently being experienced.

The council responded to reports last night that the road had risen once its surface had started to cool down. Upon inspection, some of the large concrete panels which make up the road had expanded and caused a section to rise by up to six inches.

Measures were quickly introduced including a lane closure and redirecting traffic as well as reducing speeds along the area of road concerned. 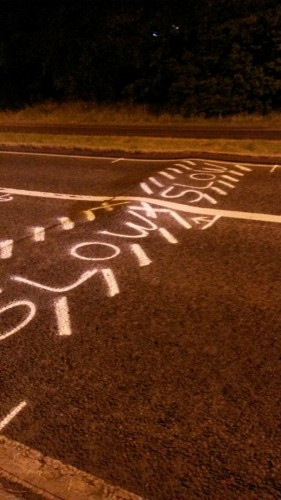 The decision was taken to close the city-bound carriageways at 9:30 am this morning to allow repairs to begin. Every effort is being made to get the road reopened by 3:30 pm for the start of the afternoon peak traffic and rush hour. As a minimum it is expected that at least one lane of the city-bound carriageway will be open and the outbound access will be unaffected.

There is a short diversion route currently in effect at Henconner Lane slip road which rejoins the bypass off Bramley Town End Roundabout. The Urban Traffic Management and Control are continually monitoring the traffic lights at Henconner Lane in order to keep traffic moving as steadily as possible.

“We are doing everything we can to get this road repaired and reopened before the afternoon rush begins. Our team responded very quickly last night and as a result of that, to our knowledge, there has been no damage to any vehicles. Unfortunately, one of the downsides of the current heatwave is the stress that it puts on our road surfaces.

“Unlike many other roads in Leeds, Stanningley carriageway is particularly vulnerable due to its method of construction using large concrete panels which expand when exposed to very high temperatures. In the meantime, we are working tirelessly to minimise disruption to journeys and we thank everyone for their patience. With the hot spell expected to continue, we will be also keeping a very close eye on this stretch of road for the rest of the week.”

The council is currently reviewing this issue with the aim of identifying a long-term solution.

New changes to dog control and littering enforcement in Leeds

Statement following government announcement that Leeds will stay in Tier 3