Leeds United might be one of the most opinion-splitting clubs in the world.

Their own supporters are ready to follow the club anywhere, which is easily evidenced by the fact that Leeds have the among the highest average attendance in the country, despite spending a lot of their time in the lower divisions of English football. On the other hand, their numerous rivalries with other clubs and a problematic off-the-field reputation have eventually made Leeds the most hated club in England. During their lifespan, Leeds have won three First Division titles, one FA Cup and one League Cup.

Leeds United Football Club was formed in 1919 as a successor to Leeds City, a club that was forcibly broken up due to have salaried their players (which was against the rules at this tiem). In addition to keeping the name, the newly formed club continued to play its home games at the majestic Elland Road, a stadium that has remained their home to this day. In 1920, when the Football League was expanded, Leeds were elected to the Second Division of the Football League. The team that started in the second division was promoted to the first division for the first time in 1924.

Historically speaking, Leeds’ results were fairly unremarkable until the Don Revie era in the 60s. Immediately upon his arrival, Revie proved to be a manager with the plan; he implemented many positive changes in and around the club, including the meticulous pre-match preparations and the rigorous training program. It was generally accepted that, under his leadership, the club’s young talent was given a far better chance to succeed.

In 1961 Leeds changed their kit to white shirts, white shorts and white socks – Real Madrid was the model. Since 1934, their dresses had been blue and yellow, and before that white and blue. Not long after securing promotion to the First Division in 1964, Leeds started dominating the local competition. During the next decade, they claimed two League titles and both English cups, while finishing runners-up to Milan in the Cup Winners’ Cup. Their biggest loss would come in 1975, however, when they were defeated by Bayern Munich in a controversially refereed European Cup final.

Leeds re-emerged as a contender in the early 90s, under Howard Wilkinson. With his eye for talent, Wilkinson was successful in bringing a number of skilled players to the club, including future stars such as Gary Speed and Eric Cantona. As a result, Leeds claimed their third League trophy, the last First Division title before the competition was renamed to Premier League. Their time in the spotlight turned out to be short-lived, however; following a huge financial meltdown at the turn of the century, Leeds were relegated to the Championship in 2004.

Leeds United have won three English league titles, one FA Cup, one League Cup, two Charity Community Shields and two Inter-Cities Fairs Cups. The club reached the 1975 European Cup Final, losing to Bayern Munich. Leeds also reached the semi-finals of the tournament’s successor, the Champions League in 2001. The club were runners-up in the European Cup Winners Cup final in 1973. The majority of the honours were won under the management of Don Revie in the 1960s and 1970s.

On 23 May 2017, Radrizzani announced a 100% buyout of Leeds United, buying the remaining 50% shares from previous co-owner Massimo Cellino, with Radrizzani taking full ownership of the club. Garry Monk resigned as head coach two days after the takeover, after one season at the club in which he guided them to seventh place. On 28 June 2017, new Leeds owner Andrea Radrizzani completed the purchase of Elland Road, making the stadium property of Leeds United for the first time since 2004. In July 2018, Elland Road was voted ‘Best Ground in the Championship’ by football supporters.

On 20 February 2019, Leeds United revealed a predominantly gold coloured badge that would be worn on the players’ kit during the club’s centenary season. The badge retained the existing shield design, but replaced the “LUFC” script with the words “LEEDS UNITED” above and “100 YEARS” below the shield. The crest also carried the date “1919”, the year that the club was founded, as well as the centenary year “2019”. 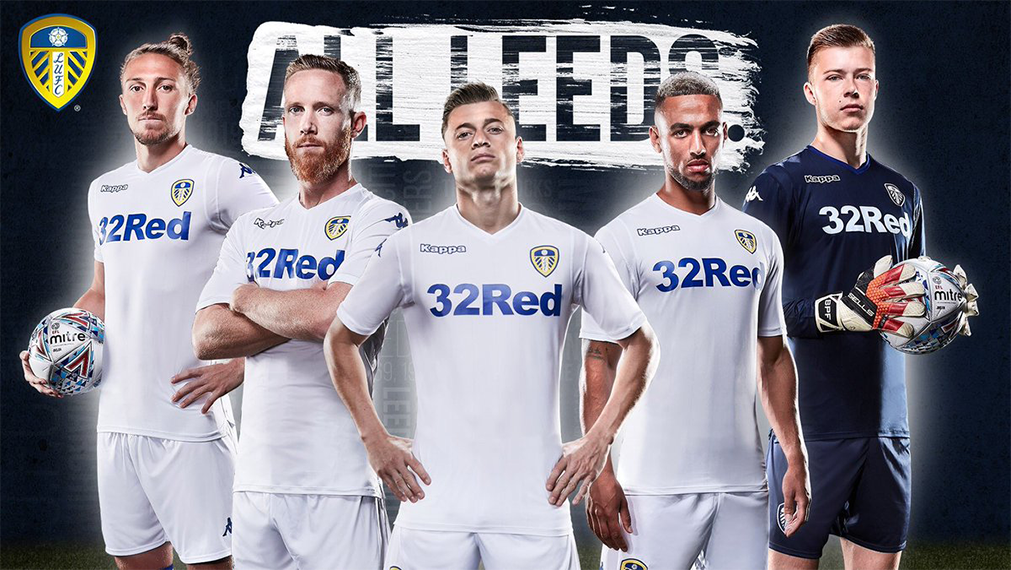 Leeds United owned their own radio station, Yorkshire Radio, which broadcast on DAB Digital Radio and LUTV, before being closed in July 2013 by new owners GFH Capital, after outgoing president Ken Bates left the club. LUTV is the club’s own internet television channel, and is available to watch online via a mix of freeview and a subscription service.

The club also published its own magazine, Leeds, Leeds, Leeds, which was first produced in 1998. In recent years, the magazine was taken out of circulation in newsagents and supermarkets, and so was only available to official club members by mail or by purchase in the official club shop. The magazine ceased publication in 2011.

Dinosaurs set to be released in parks across Leeds