United Kingdom premieres, BAFTA and OSCAR nominated movies, artists from BAFTA winning shows delivering workshops and a mysterious Anti-Gravity Box are just a few of the events announced for Leeds Young Film Festival 2018, which returns for its 19th edition this Easter, 26 March – 5 April.

The Festival, part of Leeds City Council with support from the British Film Institute and Arts Council England, is the UK’s largest family film event where the whole family can watch, learn and play, with over 13,000 children and their families set to attend the biggest edition to date.

Families can explore the world of film, animation and virtual reality through over 150 screenings, exhibitions and workshops across the City with the Festival’s zones of activity: Reel Kids at Hyde Park Picture House, Animation Central at Carriageworks Theatre and Leeds City Museum, the VR Zone in the Carriageworks Auditorium and new for 2018, Cineworld Leeds at White Rose Centre. 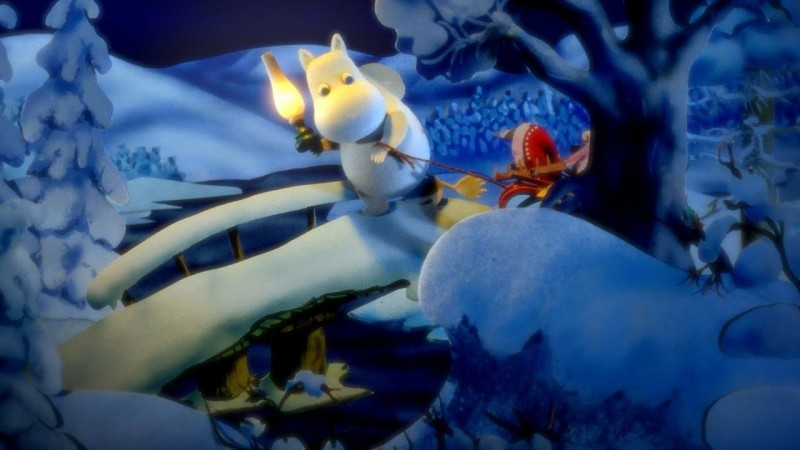 Oscar-winners and UK premiere feature in the films on offer at Hyde Park Picture House, with the Festival’s Opening Gala announced as the UK premiere of the latest film in the hugely popular Moomin’s franchise Moomins and the Winter Wonderland, with director Ira Carpelan attending in person.

The Breadwinner, nominated for the 2018 Best Animated Feature Oscar, will feature a Skype Q&A with director Nora Twomey, and Hyde Park will also be the venue for the UK premiere of I Kill Giants, the brand new fantasy film from the producers of the Harry Potter series starring Madison Wolfe, Zoe Saldana, Noel Clarke.

For younger viewers there are the UK Premieres of cuddly time-travelling creatures in Kikoriki Deja Vu, the search for a mysterious island in The Giant Pear as well as the chance to see some family classics on the big screen including the 30th anniversary of Studio Ghibli’s timeless classic My Neighbour Totoro and the 50th anniversary of Chitty Chitty Bang Bang. A special presentation of the 1925 dinosaur classic The Lost World will be screened with live, improvised piano accompaniment from Jonny Best.

Screening across the fortnight is the hotly anticipated new film from director Wes Anderson Isle of Dogs. Fans of Anderson’s Fantastic Mr Fox, as well as Grand Budapest Hotel and the Moonrise Kingdom, make this film the ideal get-together for parents and their children alike. LYFF is delighted to welcome Isle of Dogs animator Jay Clarke to a special workshop at Leeds City Museum on Friday 30th March and a Q&A following the screening at 3pm at Hyde Park Picture House.

With a rare screening of BBC Earth: One Amazing Day on the big screen plus the chance to see recent blockbusters Coco, Paddington 2, Early Man and The Highway Rat.

Millenium Square will once again be a centre for experimenting and playing across Easter Weekend with workshops and fun from Aardman (Early Man, Wallace and Gromit), Minecraft, Cartoon Network and more at Animation Central at Carriageworks Theatre and Leeds City Museum, and the UK’s first family-focused virtual reality event to get hands-on some of the latest VR experiences and a chance to make your own with the FREE VR Zone in the Carriageworks Auditorium.

Adding to the fun will be Festival’s big new attraction the Anti-Gravity Box, landing on Millenium Square for Easter where families can enter a topsy-turvy room and have an amazing optical illusion photo taken to remember their weekend of film fun and adventure.

After creating the UK’s first exhibit of virtual reality curated especially for families, the VR Zone is back for 2018. Completely free to attend, the experience includes:

New for 2018, LYFF will host an activity at the newly-opened Cineworld Leeds at the White Rose Centre. With 11 state-of-the-art screens and a gigantic foyer area, LYFF partners Boomchikkaboom will be taking over for 2 days of the Easter Holidays, creating fun for little ones with pre-screening play events themed around Paddington 2 and Coco. For craft-inclined families, Handmade Cinema will be running workshops at Cineworld and White for the Pixar hit Coco.

“This is such a key time for the film industry worldwide with important conversations taking place about what we are watching on screen and also what is happening off screen in the industry. Leeds Young Film is proud that, for the last 18 years, we have been putting together film events that celebrate the range and variety of stories we have to tell and have always represented the diverse range of voices that have gone into making them. We are delighted to offer our best programme to date with LYFF2018”

“Once again Leeds Young Film Festival has put together a really diverse and eclectic programme which will bring together young people and families to celebrate the magic of film.

“The festival is always a great inspiration for children and families, introducing young people to the world of cinema and hopefully one day encouraging them to be part of our city’s rich history and proud tradition in the industry.”

Leeds Young Film Festival is presented by Leeds City Council with the support of the BFI Film Festival Fund, awarding funds from The National Lottery, and by public funding from Arts Council England.

It encompasses Animation Central and Reel Kids and VR Zone, screening films from around the world made both for and by young people, alongside moving-image related workshops and masterclasses.

Festival venues include Leeds Town Hall, Carriageworks Theatre, Hyde Park Picture House, and Leeds City Museum. Other features include the Young Animator of the Year Award and Leeds Young Filmmakers’ Golden Owl Awards, showcasing the talent of young filmmakers from across the city, in partnership with ArtForms and Vista.

Keep it out and help Leeds smokers quit

Fast and Furious 8 in Leeds